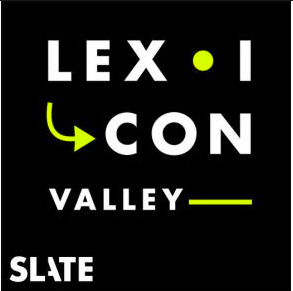 The anecdote about double negatives is from one of my favorite podcasts, Lexicon Valley, hosted by linguist John McWhorter. See the bottom of the page for link.

Let me sum up that Gospel reading as you probably heard it: “Brood of vipers, you’re terrible, do better, this is the Good News.

I don’t need to tell you that there’s a long tradition in language of cross-ups between the speaker and the audience. Sometimes it’s an intentional thing, sometimes not — but it’s always possible, and the results can be terrifying, insulting, or amusing, or some combination, depending on what’s said and what’s meant.

As an example, there’s a story among linguists that once, a professor was doing a talk and commented that, in informal English, double negatives are common in most all dialects, as we all know — though I don’t got no idea why we use ‘em so much. However, what we don’t realize is that double negatives often unintentionally equal positives, even if that isn’t what a speaker intends. The most classic example of this is the classic rock lyric “I can’t get no satisfaction” — if you’re unable to get no satisfaction, then it would seem that you’re getting satisfaction, which is contrary to what the Rolling Stones might’ve meant to say.

Or it could be intentional, such as if you said, “Well, I don’t want nothing for my birthday!” (Indicating that you do, in fact, want something for your birthday, making it a positive statement.) So, while a double negative can equal a positive, the aforementioned professor remarked, also remarked that he didn’t know of an example of the opposite — where a double “yes” equals a “no.”

From the back, another professor, eager to give her colleague grief, let out a sarcastic, “Yeah, yeah!” (A quintessential negative statement if ever there was one.)

Or take this one: a sister asks her brother, “What’s the difference between ignorance and apathy?”

Without looking up, the brother replies, “Don’t know; don’t care.”

How often do we encounter little gems like this? Where someone says something that initially offends us, but then we realize that they were participating the whole time, and that their meaning was obvious if we’d only gotten past our initial defensiveness?

Luke’s account of John the Baptist is something like this. We think of John as harsh and judgy — the Word in Season devotional even described him as “screaming,” though there’s no evidence of that. John does come across that way, though, and he has a serious tendency to fire up any religious trauma you might have with his calls for repentance. And it’s true — John is not exactly kind and gentle at the outset.

But read a little closer with me and let’s risk giving John some kindness he might not even deserve. It’s okay — he’s not going to get a big head, because he’s been dead for at least 2,000 years.

“You brood of vipers! Who warned you to flee from the wrath to come?”

I saw a suggestion online recently that offered this jokingly as an alternative greeting to “Merry Christmas” for those who wish to fully observe Advent. Or imagine it as what I said instead of “The Lord be with you” on the Sundays of Advent. I’d want to do it in my native tongue, in the words of the play Cotton Patch Gospel, which sets the life of Jesus in rural Georgia:

“You sons of snakes! Who warned you to flee the wrath ‘bout to [CLAP] smack over y’all’s heads?!”

It would be a little harsh. I doubt any first-time visitors would come back. I wouldn’t blame them.

We have a tendency, after all, to stop listening when we get insulted. Oh, and we have some issues with religious wrath – in addition to our American mainline Protestant politeness, we even some locally-sourced regional issues around wrath, in true Pioneer Valley style. Can’t say I blame us — New England has come a long way since Jonathan Edwards preached a sermon called “Sinners in the Hands of an Angry God” on July 8, 1741 less than 25 miles south of here, in Enfield [, Connecticut].

But I also think that getting past our gut reaction is part of being a grown-up. It’s always hard, but I often find that it’s worth it. So despite our initial misgivings about John’s language, let’s dive in.

First, the brood of vipers thing. Yes, it’s usually rude to call someone a snake. But also, we Lutherans are pretty solid on that whole saint-sinner thing, and I think it’s important. You see, according to Luter, we are all saints — we have an incredible capacity for good. A healthy sense of self includes knowing that: that I am capable of good things, and capable of being kind, loving, and generous. We are all saints.

We also believe that we’re all sinners — we have an incredible capacity for destruction, of both ourselves and other people. A healthy sense of self includes knowing that, too: that I am capable of being a bad human, and capable of being mean, catty, and destructive. We know that we all have deep flaws. We are all sinners. If you question this, I’m guessing you should pay closer attention to yourself while driving in traffic.

Okay. So what about the wrath? We tend to preach about a loving God, and we leave the angry God buried with Jonathan Edwards and the other hellfire & brimstone preachers of old. That kind of God hates us, lashes out like a petulant child — that kind of God, at least to some of us, feels deeply wrong.

One of the most groundbreaking things for me in faith has been the realization that the phrase “the consequences of sin” isn’t about what God does to us because God is mad. It’s a theological way of telling us that destructive actions often have destructive consequences, which is much more difficult to argue with because we see it all the time.

In our Advent Wednesday night series on the apocalypse, we talked about the movie The Day After Tomorrow, a movie from 2004 which deals with a fictional projection of the most extreme effects of climate change. On a less apocalyptic and more personal level, we all struggle daily with tendencies within ourselves that hurt either ourselves, others, or both. We’re familiar with the cycle: if you drive your car too fast because you’re mad, you might crash, and other destructive actions & reactions. One way of being saved, I think, is to be saved from that cycle of destruction.

As Lutheran pastor Nadia Bolz-Weber puts it, “I kept thinking about how sometimes born again Christians will ask me, ‘when were you saved?’ and how I like to reply “gosh, I guess it was over 2,000 years ago now.” Either that or when asked when I was saved sometimes I like to answer ‘just again this morning.’” We’re saved from the wrath of our own destructive actions whenever we break that cycle by learning to do better and leaning into grace. We’re saved whenever we acknowledge that we’re forgiven — forgiven by others, by ourselves, or by God — and we’re free to accept that grace by being more kind, more loving.
Don’t believe me about this text? Check the rest of it. After describing the destruction to come, the crowds cry out to him just as anyone who was still standing there would today: “Then what should we do?”

You can read his full answer, but let me sum it up for you: be a good human.

“Whoever has two coats must share with anyone who has none; and whoever has food must do likewise.”

Be kind. Be loving. To family, friend, and stranger.

Then the tax collectors came. The tax collectors were the people in society that everyone wanted to call wrath down on — and not only for the reasons folks don’t like the IRS. They lived in a country conquered by a hostile foreign power, Rome, and the tax collectors were usually Israelites who worked with Rome to take their neighbors’ money. Tax collectors were also known for skimming some off the top. I don’t know that even we, in divided America in 2018, can fathom resenting a neighbor that much for what they stood for.

Or maybe we can. I don’t know.

So even the hated tax collectors started coming. Instead of telling them they were hopeless, or that they had to leave their jobs — which definitely would’ve been popular with the crowd — John told them, “Just collect taxes, and that’s it.” No more extra for you.

That’s it. Just “stop robbing people and be decent.” Stop harming others. That’s it.

It was the same for the Roman soldiers — the occupiers themselves — that came after them.

He so amazed people that they wondered if he was the Messiah. We know how that story ends.

No, John isn’t the Messiah. The Messiah is coming soon, and it’s time to get ready.

Get ready, John says, because he’s about to gather the wheat and burn the chaff. Traditionally, we’ve said that this means that Jesus will gather the good people and fricassee the bad ones. But here’s why I can’t get my head around that: Luke calls it good news.

Here’s the thing — the chaff is part of the wheat itself. To separate the wheat from the chaff is to make the wheat useable. Dearest brood of fellow vipers, I don’t think that some of us are wheat and some are chaff. I think we’re all wheat that has chaff, because all wheat does.

We all know that we’re capable of good and evil. We all know that we’ve got both awesome and destructive tendencies. We’re so aware of it that most of us are pretty constantly trying to improve ourselves, to get better at something. This, too, is part of growing up and continuing to grow up for your whole life.

What I find to be Good News, though, is that growing up — which is a lifelong process, by the way — doesn’t mean that the goal is to make ourselves perfect. That though learning to be a good human benefits us and saves us and others from the consequences of destructive actions, getting better isn’t what saves us. Ultimately it’s the farmer, not the wheat, that makes the wheat into something useable.

You might think that all you’re capable of is destruction and exhaustion. You may think that you’ve slid so far that you’re unusable. You may’ve heard message after message about how God is angry at you and if you don’t make yourself perfect you won’t ever be welcome in the kingdom.

To those people, I say: yeah, yeah.

Come to the table of grace, where you always have been and always will be welcome. You’re not only useable, you’re family. Amen.

You can listen to the Lexicon Valley podcast here.